The Cost of Joy 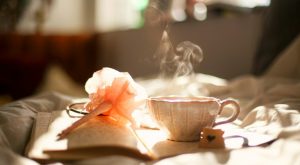 Don’t you love those quiet moments of epiphany? Those little moments when you are thinking one thing and then suddenly, the world changes and a whole new path opens up? I had one of those this morning.

It started out as an ordinary morning… sitting on the couch, sipping a hot cup of bullet-proof coffee while covered in sleeping puppies… until I read a simple quote by Henry David Thoreau.

In that moment, I was struck by a realization of the deep and profound change that has happened in my life.

Don’t you find that’s often that’s the only way we can recognize the change in our lives?

You might not notice the gradual, daily changes and then one day you’re struck by how completely different your life is.

Years ago, this quote might have left me with a vague sense of sadness. Now when I read it, I feel a tremendous joy at its reflection of my life and how much has changed.

What Henry David Thoreau said was:

“The price of anything is the amount of life you exchange for it.”

First, let’s talk about how I might have interpreted that quote in the past… 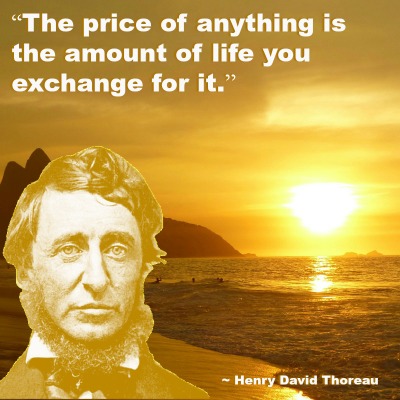 I mean, in a fundamental way, we do live in a barter society:

So, when you see the cost of something, it’s literally how much time you exchanged for it.

I hardly ever hear anyone say that.

Which… OK, that’s great. Who doesn’t love a deal, right?

But when it’s about something that you don’t need (or even want)… and you find yourself just wanting to get it because it’s a bargain… that’s a bum deal.

On the surface, the basic premise is that you’re still exchanging hours of your life for that.  You BETTER want it badly enough to warrant that!

But like I said, that’s the way I used to think.

I REMEMBER thinking that way, but it didn’t really strike me how profoundly my life has changed until I saw its reflection in the impact that those words have on me now.

Because the way it hits me today is that — when you think about the life that you are exchanging for something, you’re generally thinking about your work hours.  Exchanging those work hours.

And I think the REASON people are OK with wasting that time on something they might not even want, is that they don’t really LOVE the work they do.

I mean, as an exercise, think of the last thing that you bought that was over $100.

Now think of your favorite way to spend your time — how many hours of doing THAT are you willing to exchange for that item?  Was it still a good buy?

For me, the last thing I bought was a vacation – and my work is actually what I LOVE doing.  So the exercise kind of falls apart for me.

And THAT’s what really struck me this morning.

#1 – I get to spend the majority of my time doing what I love.

AND #3 – The money that I SPEND is for vacations – which I also happen to really enjoy.

But my point is that when your normal, everyday hours are spent doing what you’re passionate about — what you really enjoy doing — then you aren’t really exchanging those hours for something.

Getting paid for it is almost like getting the money as an accidental side-benefit. It’s like “found money” and you’re free to throw it at whatever strikes your fancy.

So, no shade thrown on Henry David Thoreau — because I know they didn’t have the internet back then so it wasn’t as easy for him —  I would rephrase that quote.

The price of anything is the amount of JOY it costs you.

Because you can buy something for $5… exchanged for money you got from a job you don’t like… it’s only $5 and yet it’s very, very expensive. Because you didn’t enjoy it and you can’t get that time back.

OR you can spend thousands of dollars on something that increases your joy and lets you start living your life in a more passionate, fulfilled way. And it can be the best money you’ll ever spend on the best bargain you’ll ever find.

The first step is to find what makes you happy. And do that.

That will open the door to the next step. 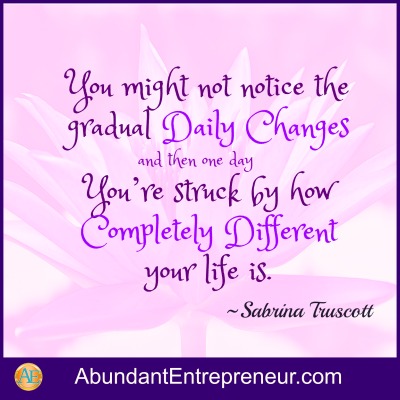 Want more free tips on how to create a wealth consciousness and an abundant work-from-anywhere online business? Subscribe here for free updates! 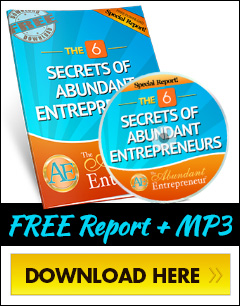 Download this free special report (plus audio training) and learn the six secrets abundant entrepreneurs have discovered to create a business and a life they love!

I agree to receive emails from Abundant Entrepreneur..